← back to
Low Key Source
Get fresh music recommendations delivered to your inbox every Friday.
We've updated our Terms of Use. You can review the changes here. 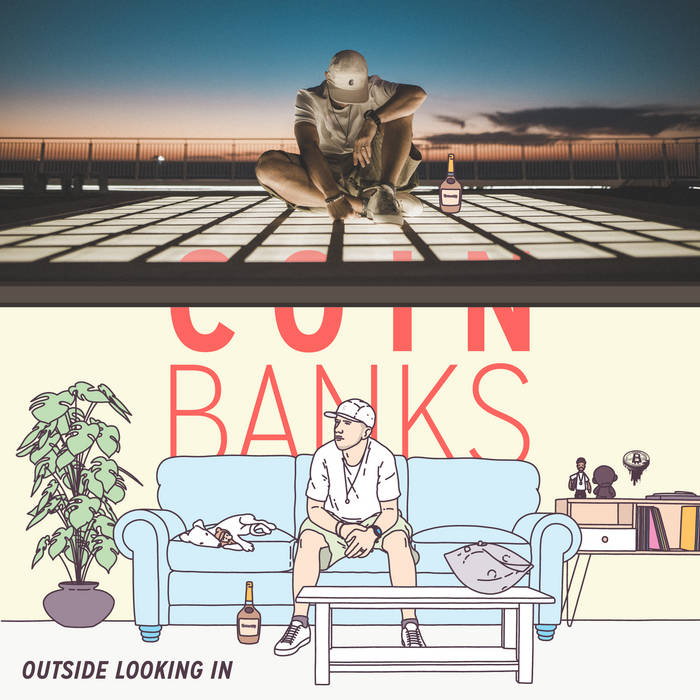 An array of lauded artists has collaborated across Coin Banks new Outside Looking In EP, from the WAAPA Gospel Choir on ‘Forgive Us’ and Brisbane based Ezra James providing vocals for ‘Pull Up’ and ‘Problems’ rounding out the songs with a smooth, R&B sound, to three-time World DMC Champion 20Syl who produced the latter.

Atom lends his touch to ‘BreakBanks’, throwing it back to the late 80’s/early 90’s break-dance and Hip Hop scene, while James Chatburn’s silky, soulful chorus amplifies the tenderness on ‘Stay In Bed’, which along with the ‘Handlebars’ was produced by Cam O’bi who has collaborated with Chance The Rapper and Kendrick Lamar.

Also includes 2 bonus tracks ‘Be Real’ and ‘H.E.R.’ both featuring Atom and Danny Martin which were produced by Nottz and 20Syl respectively.

Hailing from Western Australia, Coin Banks joins the new wave of Hip Hop artists carving paths in the Australian music scene. Since the release of his critically acclaimed debut EP 'Heads' in 2014, Coin has been featured as the feature artist on Rage, Triple J, RTR FM, and had his second single 'Think Of You' added to full rotation on triple j. ... more

Bandcamp Daily  your guide to the world of Bandcamp

Semiratruth joins the show to discuss their latest release, "loading..".